Historically, the majority of improv comedy performers have been white males. Yes, and they are mostly middle aged white males. Acceptance, followed by the heightening of the offer is one of the most basic and generally accepted “Do’s” of improv. Being endowed with “character traits” including relationship, age, gender, race, and profession help move scenes along. Getting a suggestion of a location or an occupation is the fuel that improvisers need to “yes, and” the scene and their teammates. Most likely leading to an unpolished and mediocre scene with just a few laughs (come on now. It’s true. Not all improv is funny or good). Quite possibly the laughs come at the expense of the marginalized members of our society. Almost all audiences (probably a white dude) will provide “gynecologist” and a male player will hold his back, spread his legs, and give birth to a beautiful white baby. Simple and easy laugh to earn even though we’ve seen it a million times. It’s not funny anymore. In fact it never was funny.

Let’s start with players who identify as “male” and “female”. Most likely a male player will endow a female player with “mom” or “prostitute” or some other antiquated gender stereotype. Improvisers know the rule of acceptance, so as a good player you have to “yes, and” those offers, right? There is no need to answer that question. Let’s stop it before it starts. Enough white male dominance. This is true for improv comedy and the rest of the world actually.  The audience suggestion, the performer’s initiation, and the start of the scene is what we should focus on first. Don’t accept it. Don’t play it. Don’t do it. Train the audience to be smarter. Don’t reward them with sexist, racist, ageist, and intolerant kibble by accepting these suggestions. Be better. Start before they sit down.
Know your performance space and the venue. Quite simply encourage and assist theatres, venues, and facilities to have Inclusivity and Diversity statements. See the Goshen Art House Statement below. Do not perform at a place that does not have these beliefs or standards. Post it publicly. Let patrons know that the space is welcoming to all and there is no place for hate. Make the statements visible and more importantly make sure everyone who works, volunteers, or walks through the doors knows and lives by the policy. That was easy.

Now that the space and the audience knows the requirements and beliefs, it’s vital to cast a diverse group. No more all white male majority. Do not form or maintain an improv group or team of all white males. You are not Monty Python or any other famous all white male comedy group. Don’t even try. Seek diversity. “It’s only white dudes that show up to auditions” is no longer an excuse. Actively fix it. Do not cast all white guys. Seek members of the community that are diverse. Actively recruit and include all people regardless of race, socioeconomic class, color, national origin, religion, diverse perspectives, age, sex, sexual orientation, gender, gender identity, neurological or physical ability, veteran status, legal status, or education level. Focus on diversity in the cast and make sure the word “token” is reserved for the “token white guy”. Take away the straight white male presence and I bet the group will be more comfortable and perhaps more funny.
Before you create an audition notice, focus on informing yourself about privilege, marginalization, cultural appropriation, gender identity, pronouns, common definitions, and basic human rights. Art has always spoken about the struggles of those underrepresented and mistreated. Even though it is a stretch at times to call improv “art”, it is important to know that your “art” should be helping and not hurting.

Yes, you can make and publish Inclusivity Statements. Yes, you can bring awareness to issues in the greater community. Yes, you can be edgy and “controversial”. All of this can be done without stepping on the existence of others, especially those that are traditionally underrepresented or marginalized. 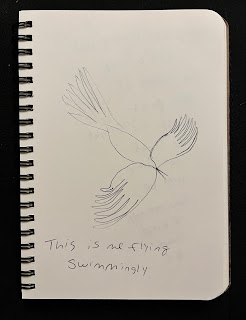